COMING OF AGE/TEEN SEX COMEDY
Written by Kayla Melo & Gustavo Melo
Comps: Animal House, Porky’s, American Pie, Risky Business
110 pages
LOGLINE: When a teen actor comes to their boring small town for a shoot, four high-school senior girls realize this is their only opportunity to finally lose their virginity to somebody exciting.

HOW THE NICE GIRLS SCRIPT DEVELOPED

Gustavo Melo started developing the idea during his time at USC’s John Wells Writing for the Screen and Television Program, where the crudeness of some jokes shocked the faculty, but the heart of the characters enchanted all who read it.

Gustavo would write new scenes and give them to his wife Kayla Melo for notes. Knowing it would be essential to add her female perspective, Gustavo asked her to join him in writing the script.

After making him beg a little, she agreed, and they set out to write something that would push the line of humor to its limit, without actually crossing it.

Something that would honor the predecessors of the genre, while advancing how edgy the jokes could be for a generation that grew up with the Internet in the palm of their hands. 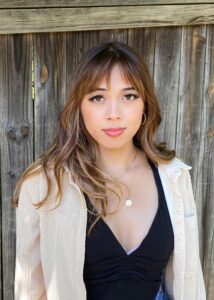 Kayla grew up in a large mixed family, passionate about stories that would serve as an escape for people struggling with their daily lives.

Kayla graduated from the University of California, Santa Barbara with a degree in Writing & Literature from the competitive writing program within the College of Creative Studies, and a second degree in Film & Media studies.

She’s been working in production, participating in major commercials, made for TV movies, and most recently, assisting the Executive Producer on an upcoming Hulu miniseries. 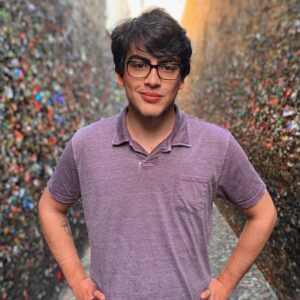 “Despite growing up in Sao Paulo I never got the Zika virus, nor got kidnapped,” Gustavo says. “My biggest obstacle was being the only kid who did not like soccer. To make things worse, my parents have always been too supportive. Idiots… Little did they know they were setting back my comedy writing career a few years by saying ‘I love you,’ putting food on the table and keeping the crack pipe out of their mouths when I was around.”

Nonetheless, Gustavo persevered and made plenty of stupid decisions in life to give him material. Those include, but are not limited to, getting engaged at the very young age of 17, only to then get married to a better partner at the appropriate age of 21, having stocks confiscated by the IRS due to a minor “alleged” infraction, and refusing a job offer from a man with a world-renowned 11-inch penis. Modeling his characters after himself, he writes about people who sometimes do not make the best decisions, but are always optimistic about tomorrow. All in a tone that will offend your parents but is just raunchy enough to get your teen’s eyes off Tik Tok.

Furthermore, Gustavo got a film degree with honors at the University of California Santa Barbara, and straight out of the BA he started an MFA in writing for the screen and television at the University of Southern California, where he got scholarships from both the George Lucas Family Foundation (*insert lightsaber sounds in your head*) and the William Randolph Hearst Foundation (he took the money, but he is a big fan of Orson Welles.)

As a writer, he has worked under Michael Miner (RoboCop) and Mitchell Kriegman (Saturday Night Live, Clarissa Explains It All,) and as a Story Analyst, he served as a judge for 2021’s Slamdance Screenplay Competition.

No matter your gender, ethnicity, or even religion, the hormones in our bodies make it so that sexual curiosity becomes inevitable. Add to the bubbling hormones, peer pressure, and the bad decisions involved with being a teen, and the scenario is prime for comedy.

From Animal House, to Little Darlings, to Porky’s, to Risky Business, to Varsity Blues, to the whole American Pie franchise, and to Easy A, with many others in between, the teen sex comedy has experienced many different shapes and forms. However, with the advent of the internet, and the easy accessibility of pornography, the shocking gags that would make for those water-cooler moments people would talk about after watching the film, are now gone. It’s hard to shock when there’s so much out there. It’s also hard to get a teen’s attention when Tik Tok’s algorithm curates a world of distractions. That’s why we believe the key to a successful teen sex comedy these days lies in pushing the boundaries as much as possible without offending for the sake of offending and showing some representativity on the screen.

Nice Girls Finish Eventually seeks to honor all the great classics that came before it, while further advancing the line to create some memorable and hilarious moments that include but are not limited to: role-playing Ariana Grande, penises that are too big, pissing while pretending to squirt, and many (MANY) jokes about guys not having a clue about what they’re doing.

After so many films focusing on the male gaze, it’s finally time for the boy to be the butt of the joke (sometimes literally…)

ABIGAIL, a high school senior who overthinks every single aspect of her life, is excited to finally lose her virginity, but she’s waiting for the right guy. So far, her small town has not presented a suitable candidate… She’s on a group date with her three best friends – CHLOE the rebel who needs to always be on top, FAITH the competitive who doesn’t know the word “defeat,” and SOPHIA the good girl who’s always trying to please everybody.

The date is not great, all the guys want to fuck. All the girls also want to fuck, just not these guys. So, afterward, they all mope, UNTIL they hear of the news that teen actor JESSE PHOENIX is coming to their town for a movie shoot. Faith comes up with a friendly competition, who can sleep with Jesse first. After all, who better to take your virginity than a celebrity?

Abigail is reluctant about the whole competition. She still hasn’t found the right guy – and it seems like her nerdy neighbor EUGENE has no chance to get out of the friend zone – but she accidentally bumps into Jesse, and he takes a liking to her. Thus, while Faith gets a job as an extra in the set, Sophia pretends to be a PA, and Chloe uses her sexuality to break into his trailer, Abigail sits back and develops a texting relationship with Jesse.

Sophia trashes her ex’s stuff. Faith and Chloe make their way to Jesse’s new set. And Abigail gets an unexpected visit from a chauffeur Jesse sent, along with an apology speech. She enters the car to go see Jesse, knowing she will be blowing off plans with Eugene.

At the set, Abigail realizes that the right guy all along was Eugene, so she tries to make it back in time before she loses him to another girl. Chloe gets to Jesse, but she realizes how much this means to Faith, so she lets her have him. Chloe stumbles upon ALEXANDRIA – Jesse’s co-star – and finally meets somebody who is a bigger alpha dog than she is.

Abigail stops overthinking and loses her virginity to Eugene. It’s everything she wanted it to be. Faith has sex with Jesse and it’s awful, making her realize that winning isn’t everything in life. Chloe has sex with Alexandria, showing her that there might be more to her sexuality. And Sophia rejects her ex’s attempt to get back together, deciding it is time for her to focus on herself 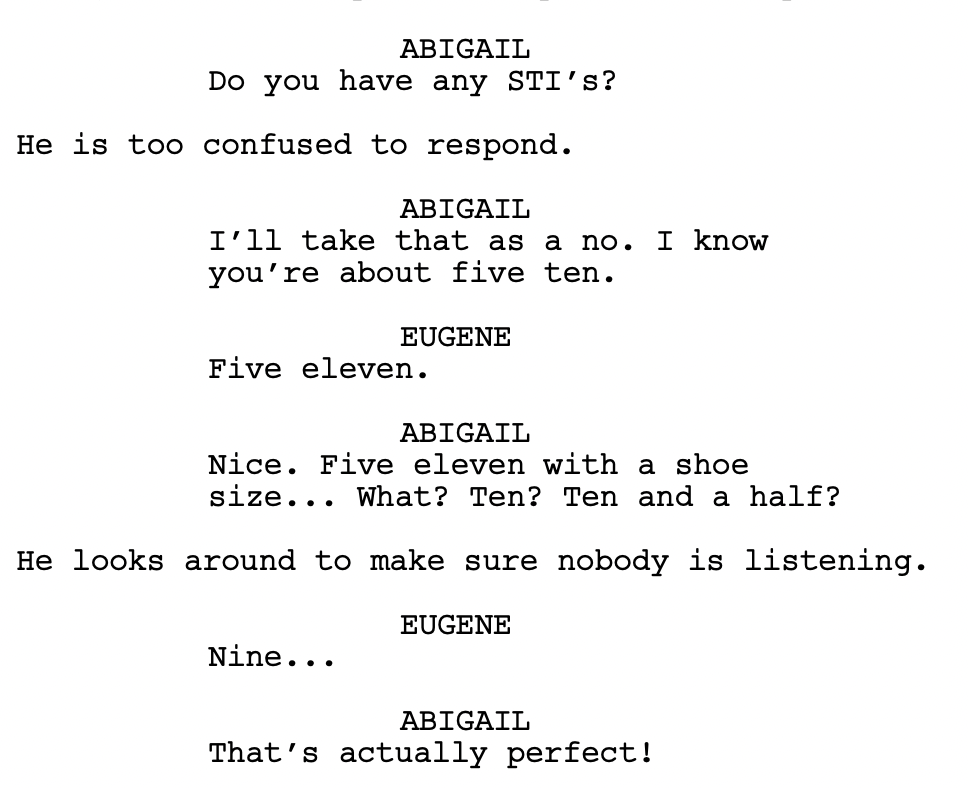